Google.com has introduced adverts for daily deals to its searchers. This service is called “Google Offers“. It’s currently in beta thefore its only available for 42 cities in United States but they do plan to expanding to the UK late 2012.

What is Google Offers?

Google Offers is a deal-of-the-day website that will be localized to major geographic markets in the United States and abroad. Google launched the website in January 2011, after they attempted to buyout competitor Groupon for a reported sum of US$ 6 billion was turned down. Google are “communicating with small businesses to enlist their support and participation in a test of a prepaid offers/vouchers program. This initiative is part of an ongoing effort at Google to make new products … that connect businesses with customers in new ways.

Google Offers are equivalent to Groupon or Wowcher. 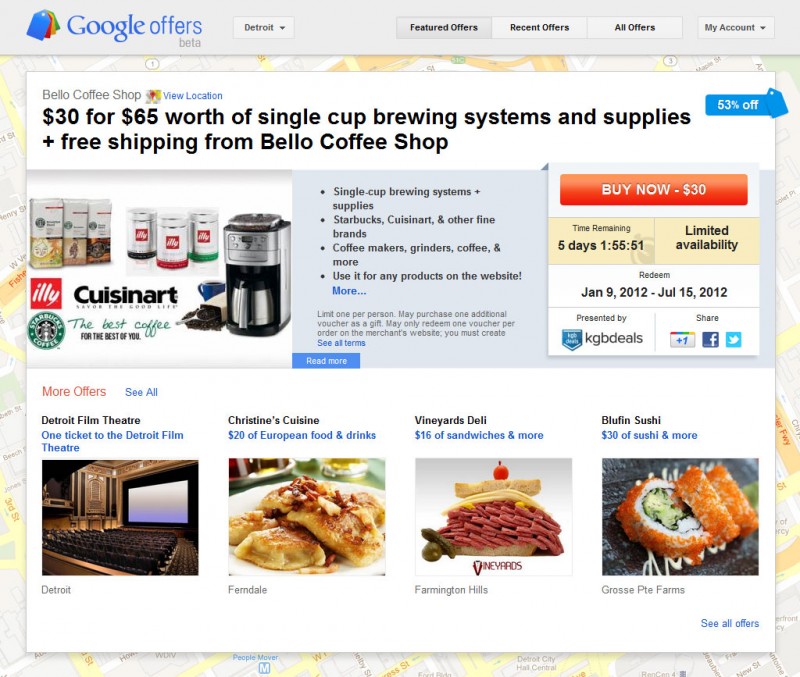 So what do they offer that other Groupon businesses don’t? I honestly don’t see any major difference. And the time limit for the purchase is just 24 hours? That’s too short of a time! I sure hope Google gets to improve this as days go by. Thanks for the post. I didn’t know Google “offers” this.

Keep me updated with whats new and happening on the web.